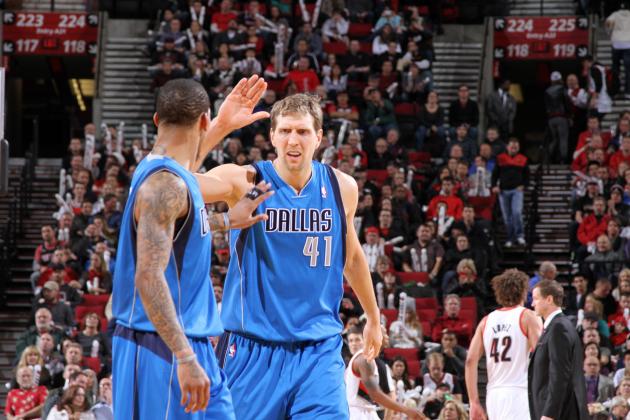 After signing with the Dallas Mavericks the season after their championship, Vince Carter has spent the last three seasons in relative anonymity. As a 6th man on a team clawing for a spot in the bottom of the playoff picture, Carter is far removed from his days as one of the faces of the NBA. Nevertheless, at 37 and in his 15th season in the league, Carter is still an effective player, a testament to his work ethic and underlying ability.

Only the best of the best can survive 15 seasons in the NBA, a ruthlessly Darwinian league where the average career lasts 4.5 seasons. When Antawn Jamison was traded and waived at the deadline, Carter became one of five players from the 1998 draft - along with Paul Pierce, Dirk Nowitzki, Al Harrington and Rashard Lewis - still in the NBA. Of those five, only Nowitzki, Carter and Pierce still play big roles on their teams in 2014.

And while Pierce and Nowitzki are locks to be enshrined in the Hall of Fame, Carter’s legacy is not as clear-cut. Like with Blake Griffin, Carter’s extraordinary dunking ability obscured a far more well-rounded game than critics gave him credit for. His career averages: 20 points, five rebounds, four assists, one steal and one block per game on 44 percent shooting. Over 15 seasons, that’s more than 22,000 points, 5,000 rebounds and 4,000 assists.

Even in his 15th season, you can see why Carter has been so successful. At 6’6 220 with a nearly 7’0 wingspan, he is bigger, stronger and longer than most SG’s. He no longer has the hops of his youth, but his athleticism is declining from such a peak that he’s still a threat to dunk on people. His size allows him to comfortably swing between the SG and SF positions, giving Rick Carlisle a lot of line-up options with the Mavs' second unit.

Of course, if his game was based solely on dunking on people, there’s no way he could be effective at his age. Carter has always had a fairly complete game, with the ability to shoot from deep, create his own shot off the dribble or in the post, facilitate for others, clean the glass and defend multiple positions on the perimeter. This season, he has per-36 minute averages of 17 points, five rebounds and four assists a game on 41 percent shooting.

The knock has always been that he never lived up to his potential, which is a somewhat odd thing to say about an eight-time All-Star with a career PER of 20.1. And while his popularity made him a shoe-in as a starter for most of the 2000’s, it’s hard to argue that a guard with his statistics didn’t merit a spot on those teams. It says a lot that the biggest knock on a player is that he’s not in the discussion for greatest of all-time at his position.

Carter never put a team on his back and carried them to the NBA Finals, but that was always an unrealistic standard to put on any SG. The reason Michael Jordan is so mythologized is precisely because what he did - dominate the NBA from the SG position - had never been done before. It’s not Mitch “The Rock” Ritchmond’s fault he only had four playoff appearances; at his position, he needed a lot of help to get even that far.

For all the whispers that Carter is a malingerer or that he’s “Half-Man, Half A Season”, he has played in over 1,100 NBA games. Unless you are Andre Miller, you don’t do that by rolling out of bed on the first day of training camp and playing your way into shape. The NBA season is a brutal grind that wrecks the bodies of its players; that goes double for guards, who are constantly flying through the air and landing hard on the ground.

Carter, at 37, is still one of the best perimeter defenders on the Mavericks. To be sure, that’s mostly a reflection of how unathletic the Dallas roster is, but it does speak to Carter’s unique physical attributes as well as his dedication to his craft. He has made over $160 million in the NBA and he’s playing for a team with no shot a championship; love of the game is the only reason to put himself through the grind of the season.

As a free agent at the end of this year, where he goes from here is anyone’s guess. At some point, you would expect the Mavs to stop signing players in their late thirties and end their run as the league’s unofficial retirement home. With a 16.1 PER and the ability to impact the game on both sides of the ball at multiple positions, Carter could fit with almost any team in the league. In the right situation, he could play a role on an elite team.

Winning a ring would be a nice capstone on his career, but it’s hard to see it changing his reputation too much. For the most part, Carter has already done what he will do in the NBA. Whether or not that impresses the Hall of Fame voters is ultimately up to them. Either way, his legacy in basketball won’t be defined by whether or not he has a plaque in a glorified office building in Springfield the vast majority of fans will never visit.

This is what Steve Nash, the most accomplished Canadian basketball player of all-time and the GM of the Canadian national team, had to say about Vince’s time in Toronto:

For six and a half years, much of Canada’s young talent watched an fell in love with a flamboyant, human highlight film named Vince Carter. He inspired them nightly while playing for the home team Raptors. I think Vince’s presence in our country shouldn’t be underestimated. His charisma was incredibly powerful in attracting a Canadian audience to the game of basketball for a memorable period of time. More and more kids play basketball every year in Canada, and I think the NBA’s arrival played a pivotal role in the game’s growth.

It’s easy to forget now that Toronto is an established NBA city, but the league’s survival in Canada was no guarantee. After all, the Vancouver Grizzlies only lasted six seasons before being moved to Memphis, in large part because they never had a transcendent superstar like Vince Carter. He was the perfect ambassador for the game, spreading the gospel of basketball into parts of the world it had never really penetrated before.

In the last 15 years, no one has topped what Carter did in the 1999 dunk contest. Basketball is played in the air in a way the other major sports are not and no player has ever pushed the limits of aerial artistry and creativity more than “Vinsanity”. When Canadian kids watched him, they saw him do things that could never happen in a sport like hockey. Everytime Andrew Wiggins dunks on someone, a part of Vince Carter lives on.
Gamertag XOne : mord28
Lebron - Kobe - MJ - Duncan - Olajuwon
Haut