Behind the Scenes of the Canadian Basketball Revolution
http://bleacherreport.com/articles/1722 ... revolution 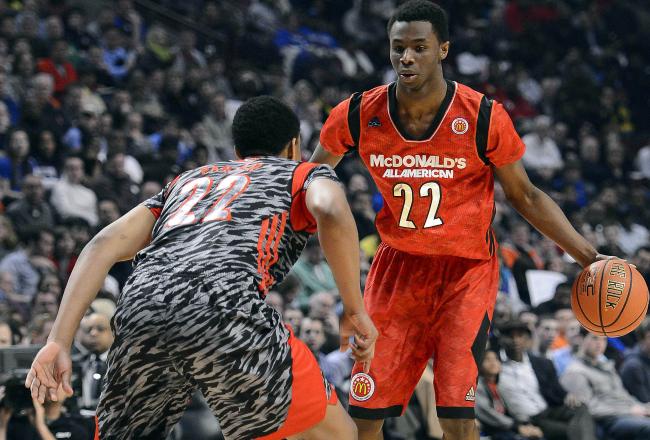 The Canadian basketball revolution is happening, and it's quickly gaining strength.

Over the last few years, Canada has exploded onto the scene as a source for high-level talent to compete at the Division I and NBA levels. Not only are we seeing more Canadian-born players, but many are highly coveted members of prestigious high schools, colleges and pro organizations.

Starting on August 30, Canada will have the chance to build on its image at this year's FIBA Americas Championship in Caracas, Venezuela, where the top four teams will advance to the 2014 FIBA Basketball World Cup. Though some of its premier players won't be available, the majority of the team will be made up of guys who've recently taken part in Canada's improved developmental programs.

One of those guys is Tristan Thompson, who kicked it off for Canada in 2011 when the Cleveland Cavaliers selected him No. 4 overall.

Two years later, the Cavs took Anthony Bennett with the first pick in the 2013 NBA draft, a historical moment in Canadian basketball.

Canada is also home to Kansas-bound Andrew Wiggins, the No. 1 high school recruit and projected top pick in the 2014 draft.

Back-to-back first overall selections would be quite the statement for a nation that hasn't exactly been considered an NBA-All-Star-producing factory.

Looking back, Thompson, Bennett and Wiggins all share ties to the same man and AAU program—Mike George and the CIA Bounce.

George initially founded CIA before teaming up with Bounce (another Canada-based AAU program) founder Tony McIntyre to form the CIA Bounce around seven years ago.

Just recently, George left coaching and the CIA Bounce to join Excel Management as a certified NBA agent. But over the last 15 years, he's helped build a program that's attracted some of Canada's premier young talent you're now hearing about today.

Thompson was CIA Bounce's first big get, along with Melvin Ejim, currently of Iowa State. From there, George and McIntyre's program became the one to join if you were a highly rated Canadian prospect.

Wiggins led CIA Bounce's 16U team to a gold at the AAU Super Showcase in 2011 and a 26-2 record on Nike's Elite Youth Basketball League circuit.

After another dominant 2012 summer (17-3 record) in the EYBL, team Canada lost in the Nike Global Challenge finals and in the Peach Jam finals by a point. NCAA coaches began flocking to check out Canada's exciting new teams and batch of prospects.

Anthony Bennett's flight to the top of the 2013 NBA draft board was significant for Canada and the AAU program that helped build his legend.

"You knew he was special," George said when asked whether he had ever considered Bennett as an option for the first pick in the NBA draft.

"He's a kid that works really hard, great attitude, tremendous team guy. We always knew he was one of the top kids in his class, but to say someone is going to go No. 1—you just couldn't really predict that. But obviously we're extremely happy that he did go."

With Bennett and Wiggins emerging as potential long-term NBA cornerstones, it's safe to say that a Canadian basketball revolution is upon us.

But it's not just a select few standout players. Take a look at some of the recent or current impact Canadians that make up the NCAA's mid-major and power conferences:

The Root of the Explosion

So what's changed? Canada has been riding Steve Nash for the past two decades as its only high-profile NBA representative. What's causing this sudden flurry of Canadian talent, and how has it gotten so heavy?

"A lot of these kids go off to prep schools in the States where they play against high-level competition every game," George said. "It helps them mentally prepare for when they go off to college. One thing you used to hear when Canadian guys in the past went to college in Division I was that they were soft or they weren't meant to dunk. Now that argument is kind of out the window."

Transferring to U.S. prep schools wasn't always a trend. This is a fairly new development for most of the top Canadian prospects.

Tristan Thompson attended both St. Benedict's Prep in New Jersey and Findlay Prep in Nevada while seeing his name soar up recruiting ranks. Fellow Canadian and first-round pick Cory Joseph of the San Antonio Spurs played alongside him at Findlay.

Anthony Bennett also made his way to Findlay before staying in-state for a year at UNLV.

Andrew Wiggins transferred from Vaughan, Ontario, to Huntington Prep in West Virginia, where he was named the 2013 Gatorade National Player of the Year.

The competition for exposure has simply reached a new level. Every high school baller across the world wants to be ranked in the top 100 of a major recruiting service, and the best way to do that is by coming to the States where the players are better and scouts are abundant.
Gamertag XOne : mord28
Lebron - Kobe - MJ - Duncan - Olajuwon
Haut 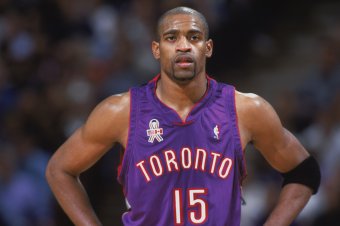 We can actually trace the root of Canada's explosion back almost two decades ago. George brought up an interesting point that rarely seems to get much play anymore.

"You have the Raptors who play in this country," he said. "You're seeing a lot of people starting to watch the game with that generation, and are more engaged in understanding what basketball is and was."

The Raptors and Vancouver Grizzlies were founded in 1995, 18 years ago. Today's 18-to-23-year-old Canadian generation was the first to grow up with NBA home teams.

It's only logical to assume that kids with a home team to follow will share more of a connection to that particular sport. The Raptors are Canada's team, more or less.

Those Canadian kids who had guys like Vince Carter, Tracy McGrady and Chris Bosh to root for and idolize are the same teenagers today we're seeing on basketball's global stage. This current crop of Canadian standouts was the first to go through childhood with NBA superstars representing a Canadian city.

As Canada continues to produce more high-profile names, the interest within its younger generations will grow.

"I feel like a lot more kids now are motivated because they've seen a lot more Canadians making it big, making it to the NBA," Anthony Bennett told Bleacher Report.

Canada has even made a well-documented effort to get basketballs in the hands of children at an earlier age.

"You got kids that are four years old now in the gym playing what they call "small ball" or "kiddy ball," George said. "Hockey was mainly talked about here but now it's basketball too."

Much of that should be attributed to the Raptors and early Grizzlies, teams who've helped inspire and spark the interest of young Canadian children and parents.

George mentioned that Toronto "was there" when asked how it stacked up with top-flight basketball cities in the U.S.

"I'd say we're [Toronto] on par in regards to talent with the New Yorks and such."

As a country, Canada still has work to be done in terms of growing its national teams and competing on an international scale. Unfortunately, it will be without Bennett, Kelly Olynyk (injuries), Wiggins and Robert Sacre (declined to participate) for the FIBA Americas tournament in Venezuela.

But Wiggins and Bennett, along with other promising Canadian prospects scattered across high school and college campuses, are giving Canada's younger generations a reason to care and build on tradition.

Bleacher Report caught up with Anthony Bennett at the rookie photo shoot and asked him about the influx of talent from Canada to the NCAA and NBA
Gamertag XOne : mord28
Lebron - Kobe - MJ - Duncan - Olajuwon
Haut

B/R: Were you a Raptors fan growing up?

AB: I supported them. I supported them my whole life; I still do today. I feel like back then when I was a kid, I watched Vince Carter every now and then. But that was about it.

B/R: Did they [the Raptors] have any influence on you wanting to play basketball?

AB: Not really. It was just me watching Vince Carter put down them dunks. As a kid, that was something I really wanted to do.

B/R: Besides Andrew Wiggins, obviously, is there anyone else in CIA Bounce that's going to start making headlines in the coming years?

Arguably the most hyped NBA prospect since Kevin Durant and LeBron James, Wiggins will make Kansas a must-watch whenever it takes the floor. He possesses some of the most electric athletic ability you'll ever see, along with a dominant two-way skill set that drives his towering ceiling.

Wiggins is the heavy favorite entering 2014 to go No. 1 overall.

Ennis is a crafty ball-handler and natural point guard expected to slide right into Jim Boeheim's starting lineup. His playmaking skills and leadership qualities will be valuable at the college level, where he can run half-court sets or push the tempo.

The NBA may not be in his immediate future, but expect Ennis to make the Orange a threat in the ACC.

Rathan-Mayes played alongside Andrew Wiggins at Huntington Prep, where his perimeter scoring arsenal drew rave reviews. He's a little undersized for a 2, but Rathan-Mayes can handle the ball and put points on the board in bunches.

He was ruled academically ineligible for the 2013-14 season, but chances are this isn't the last you'll hear from him.
Gamertag XOne : mord28
Lebron - Kobe - MJ - Duncan - Olajuwon
Haut

Finalement le Mexique est champion des Amériques en battant Porto-Rico 91-89. L'Argentine prend la troisième place.
"Some people did not like this ceremonial style. But after all when you have to kill a man it costs nothing to be polite." (W. Churchill, déclaration de guerre au Japon, 8 décembre 1941).
Haut

Désolé pour la terre de tes ancêtres mais merci quand même. ;)
"Some people did not like this ceremonial style. But after all when you have to kill a man it costs nothing to be polite." (W. Churchill, déclaration de guerre au Japon, 8 décembre 1941).
Haut